Ladies, if you didn’t see him in the flesh, you’ll have to catch Extreme Home Makeover on ABC - Channel 8, WFAA on Sundays at 8 pm, but here are some highlights.

Of his start on Trading Spaces, Pennington says he auditioned with a bunch of male model types who seemed like they had “picked up brand new tool belts on the way to the audition.” He credits his big break to how he executed the flower box he was asked to build. Certainly, he must have impressed the casting director because a week later he got the gig.

Pennington also answered questions about how it was to work with the designers as a carpenter on Trading Spaces. He said that he loved being offered the opportunity to give his input, but some designers were more open to it than others.

END_OF_DOCUMENT_TOKEN_TO_BE_REPLACED
Please let us know your thoughts in the comments section below.

Learn the Top Tips for Shopping for Wood Flooring 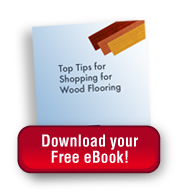